Cherry Cheesecake French Toast Roll Ups  make a fun and creative breakfast treat perfect for special mornings. Best of all, the filling is so easy to customize with your favorite flavor. 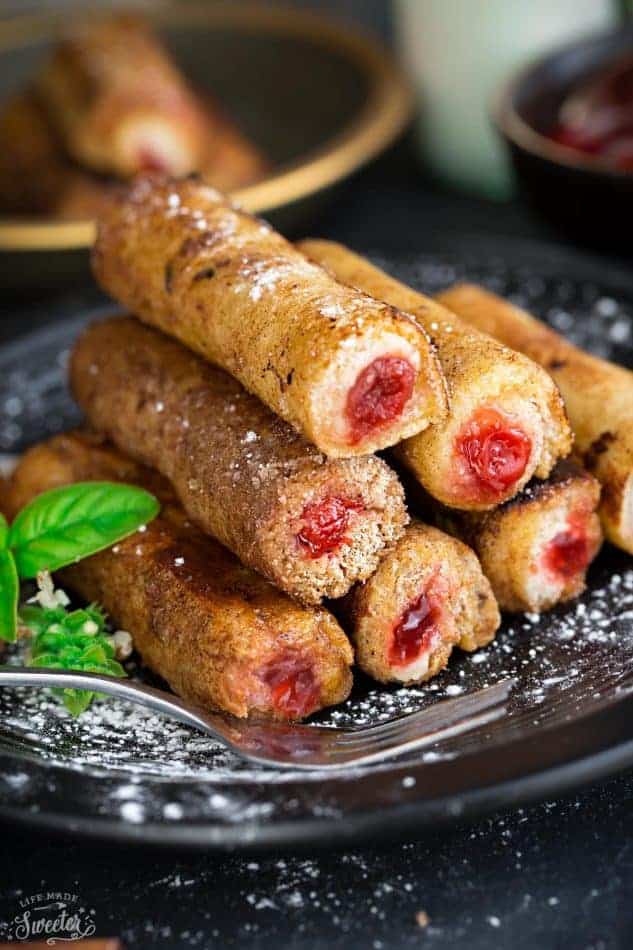 Breakfast will forever be my favorite meal. …especially when it comes to weekends. Saturday mornings are the best since we’re not rushing around trying to get everyone ready and out the door to go anywhere.

I love that I get to kick it up a notch and have a little fun experimenting instead of our usual boring oatmeal.

And since today is National French Toast Day, I thought I would put a fun cherry cheesecake spin on the popular french toast roll-ups I’ve seen everywhere on Pinterest. 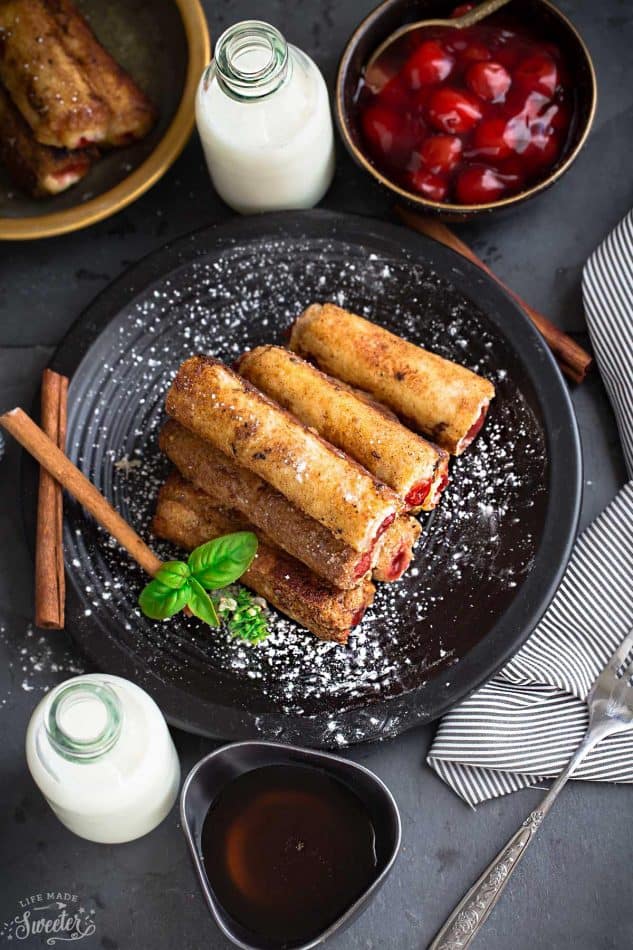 They came out better than I expected and are just a ton of fun to make – especially with the kiddos. They’re perfect dunkers for lil hands and after trying these Cherry Cheesecake French Toast Roll-ups, they may not even want to have french toast any other way!

French Toast Roll-Ups would also be perfect for brunch, holiday mornings or any special weekend breakfast.

You make them with slices of sturdy bread with the crusts cut off and flattened out with a rolling pin.  I tried using white and whole wheat and although the taste was pretty comparables, the white ones held up much better. 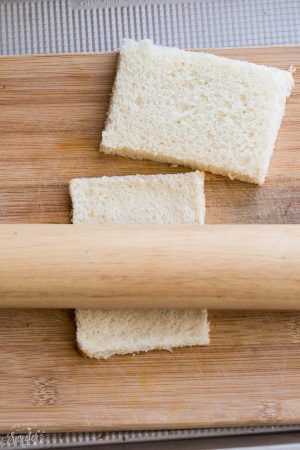 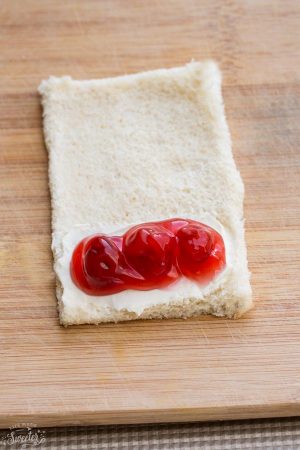 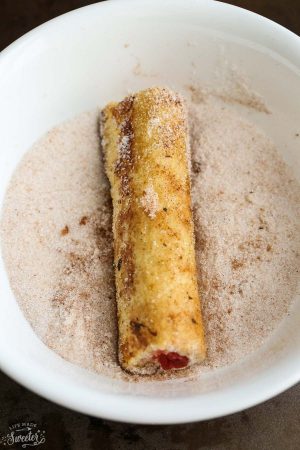 Spread a little bit of cream cheese and cherry pie filling, roll them up tightly and dip each in an egg and milk mixture. Cook until  they’re golden brown and give them a roll in a cinnamon sugar mixture for extra flavor and texture.

Plus, you can easily make them with an endless option of fillings. Strawberry, nutella, or even chocolate would be amazing. 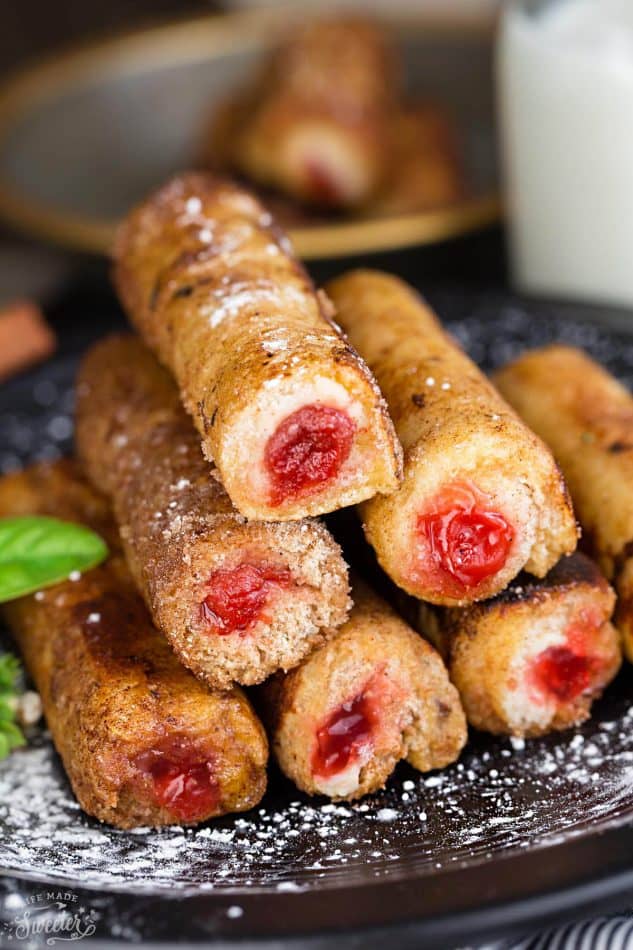 A little dip in some maple syrup makes them extra sweet and totally irresistible. 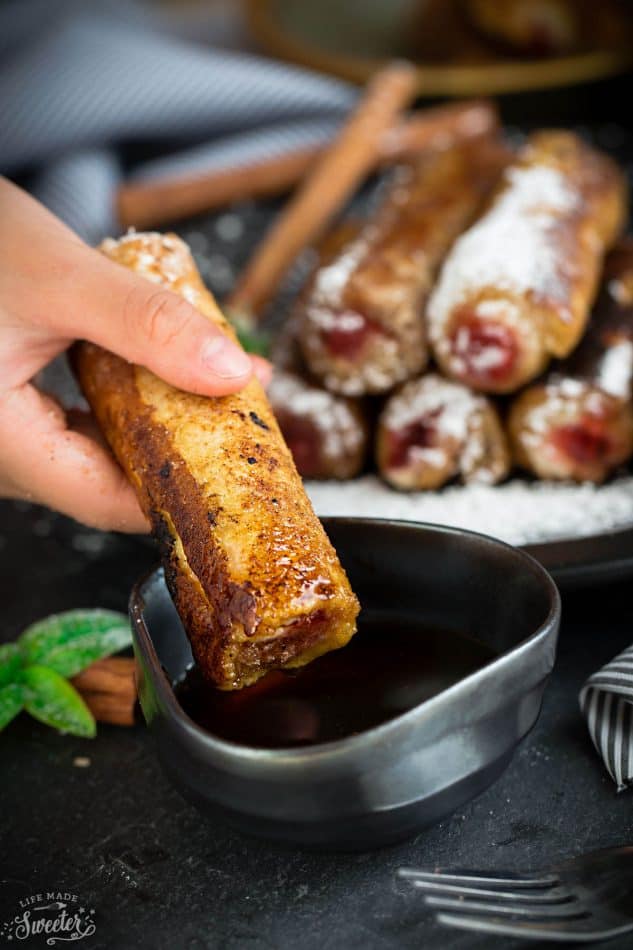 Inspired from Cinnamon Spice and Everything Nice

Don’t forget to check out the other recipes below from my fellow food holiday bloggers celebrating National French Toast Day! 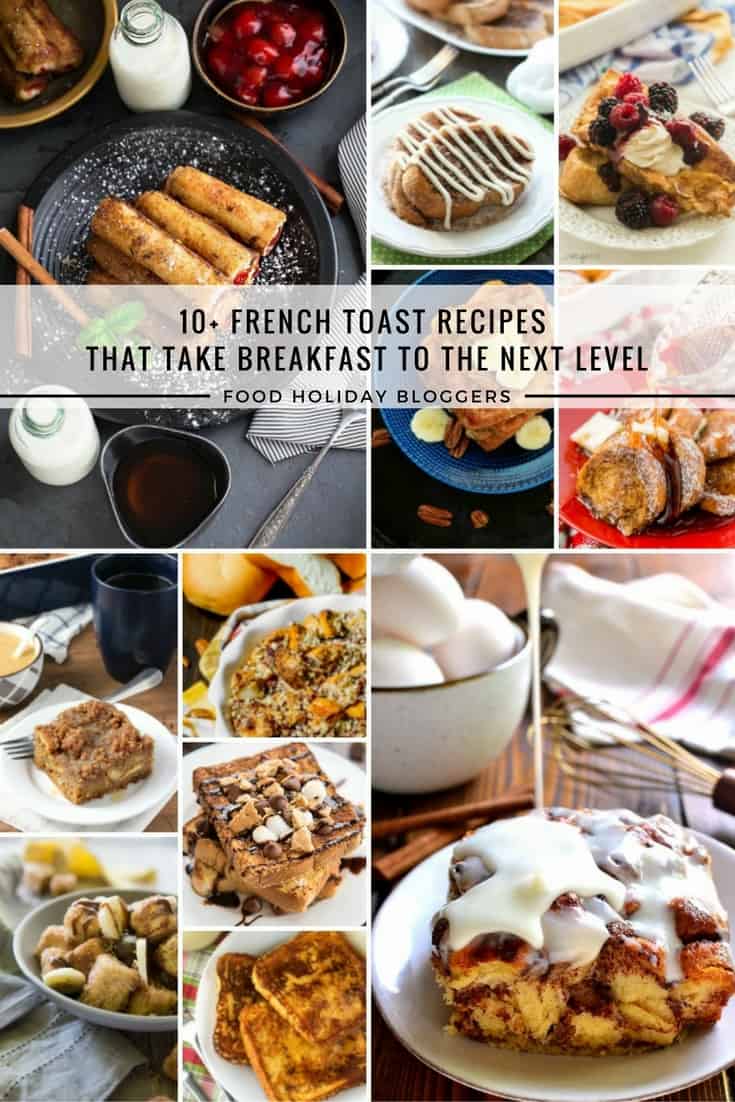 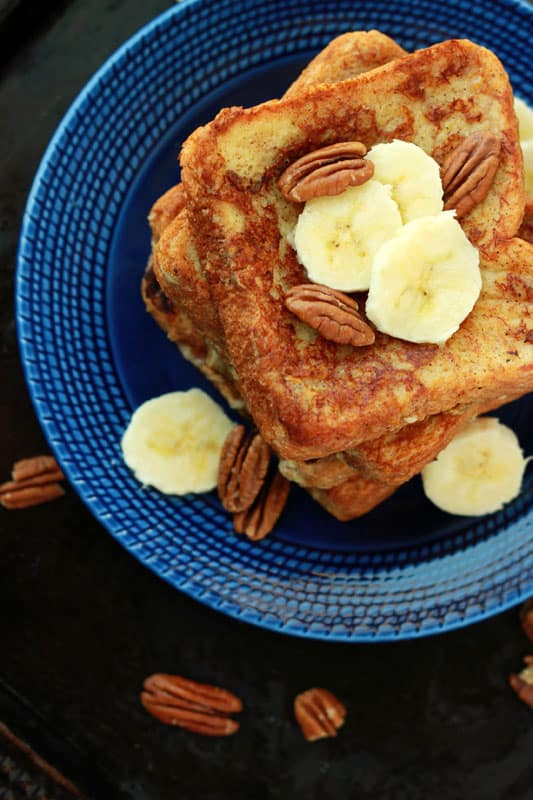 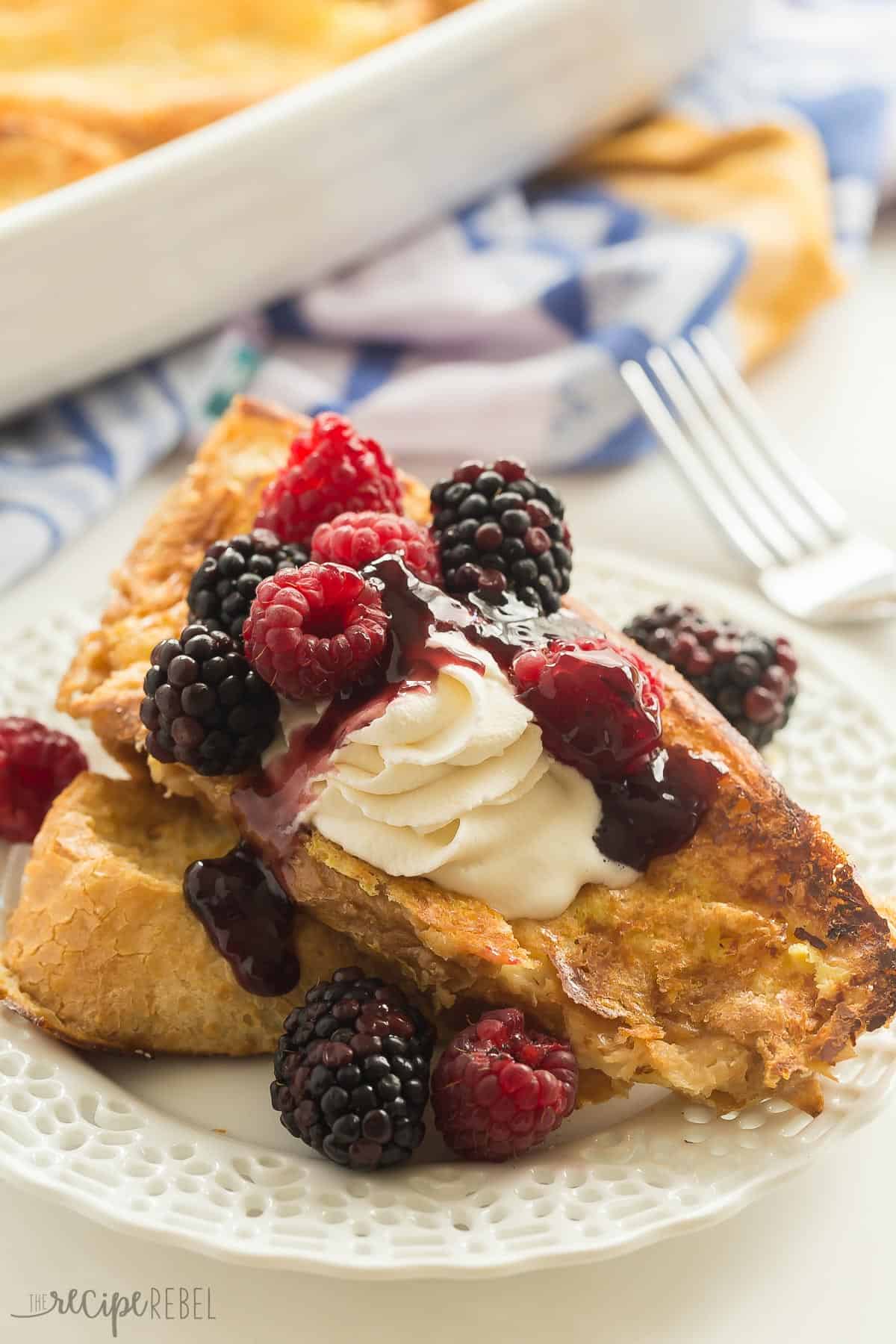 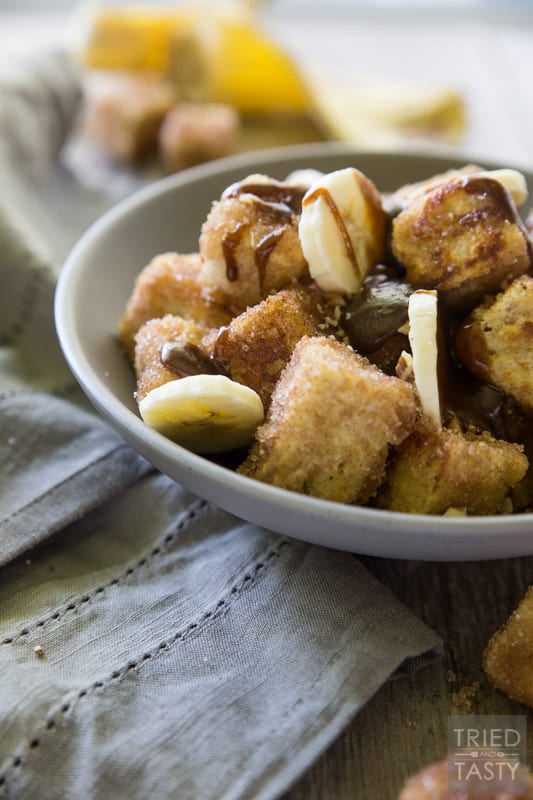 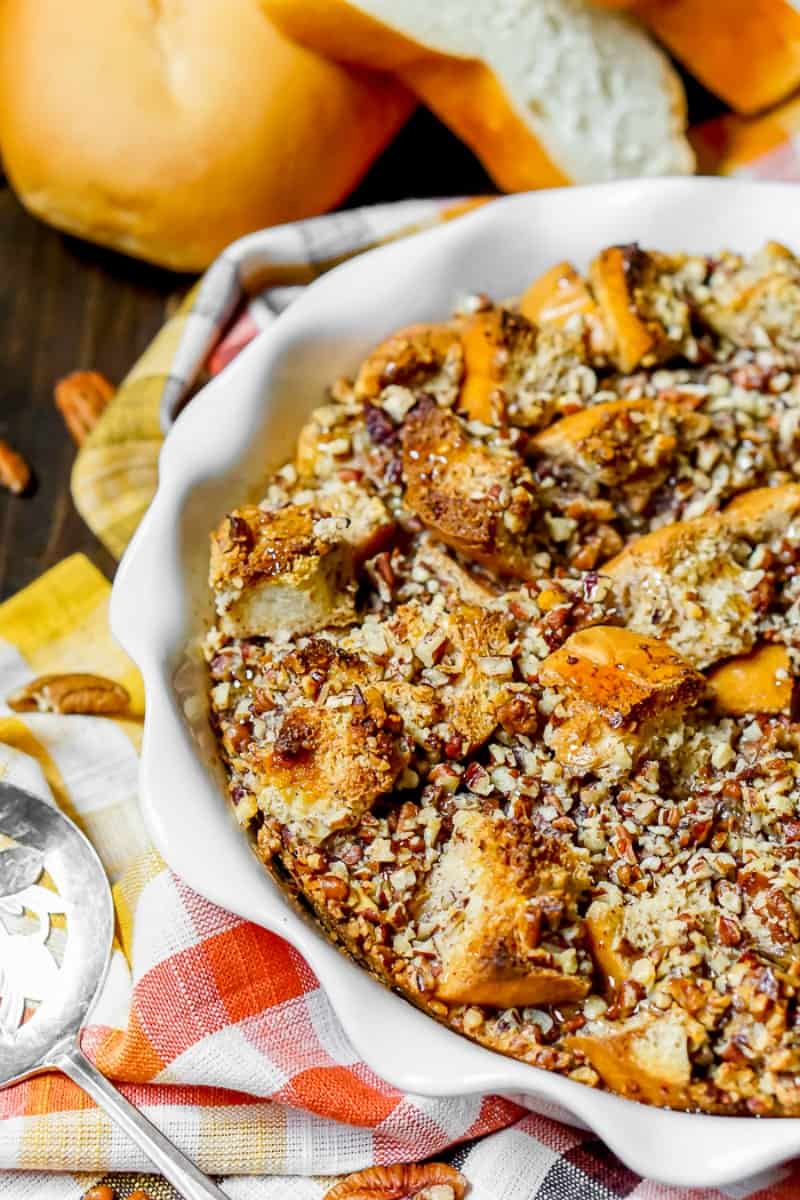 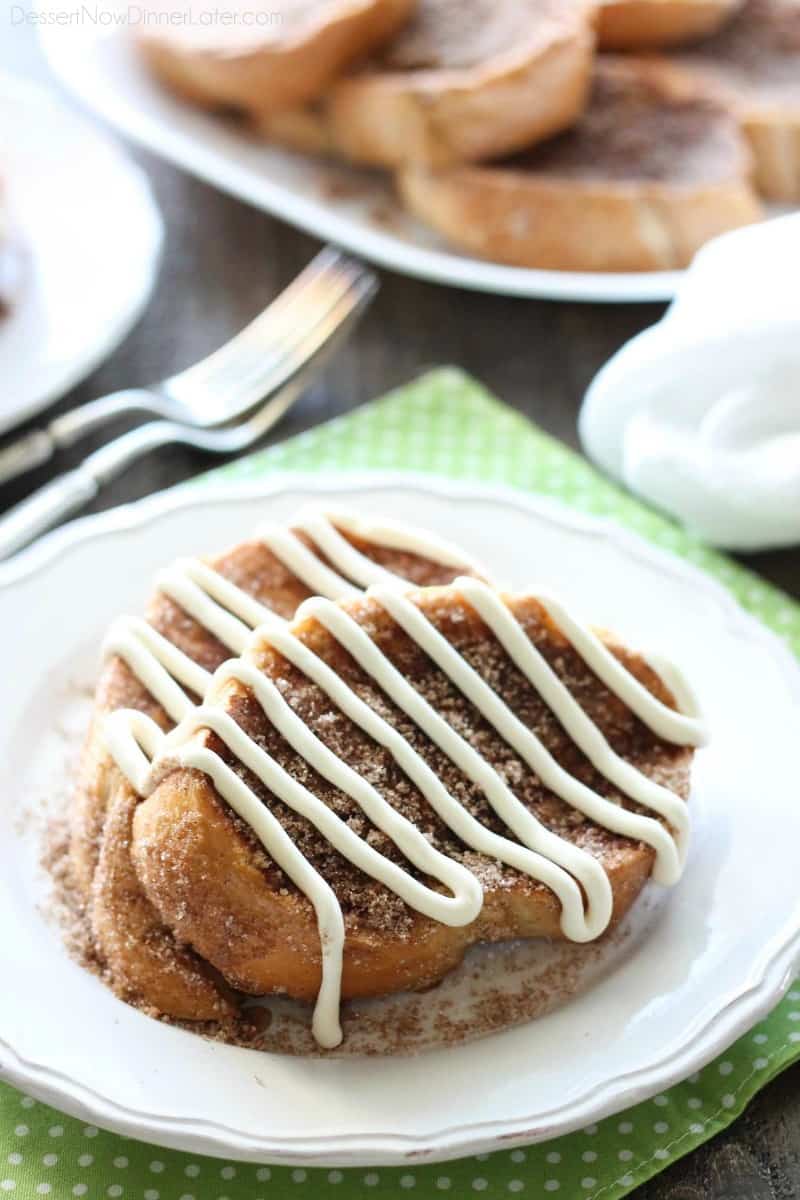 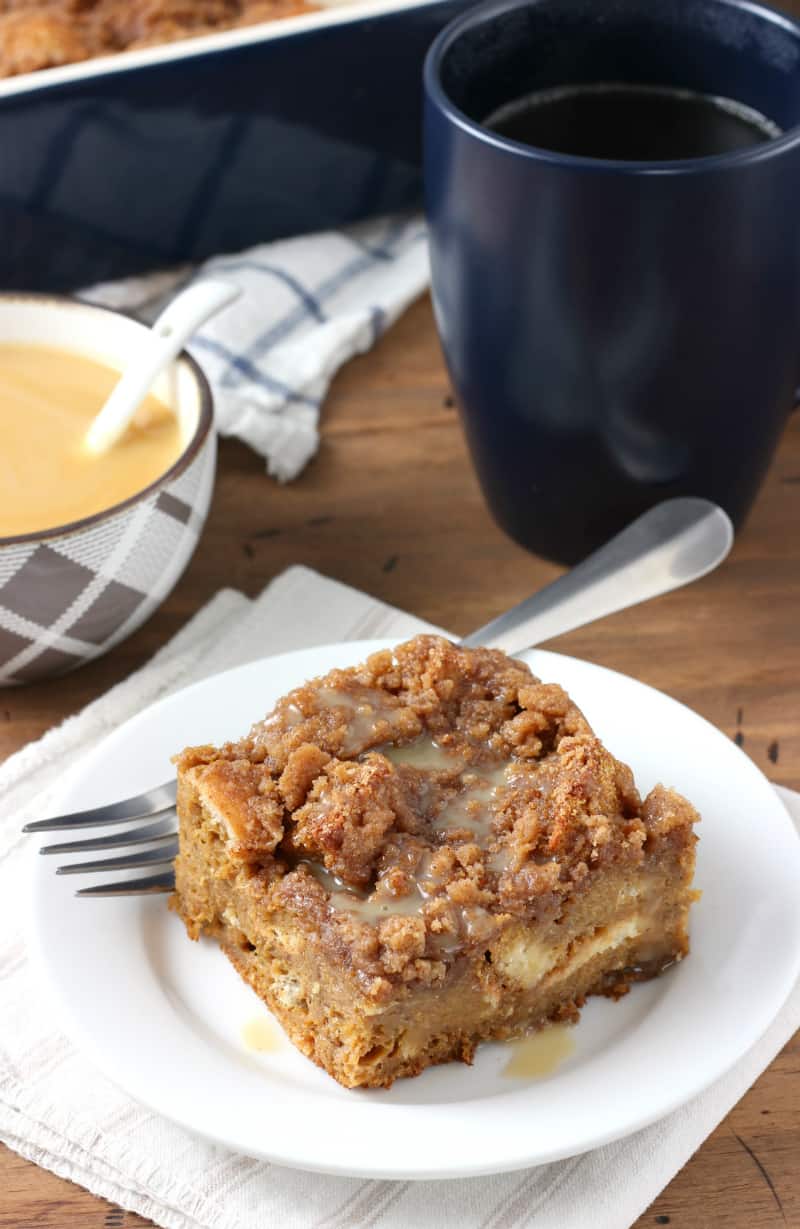 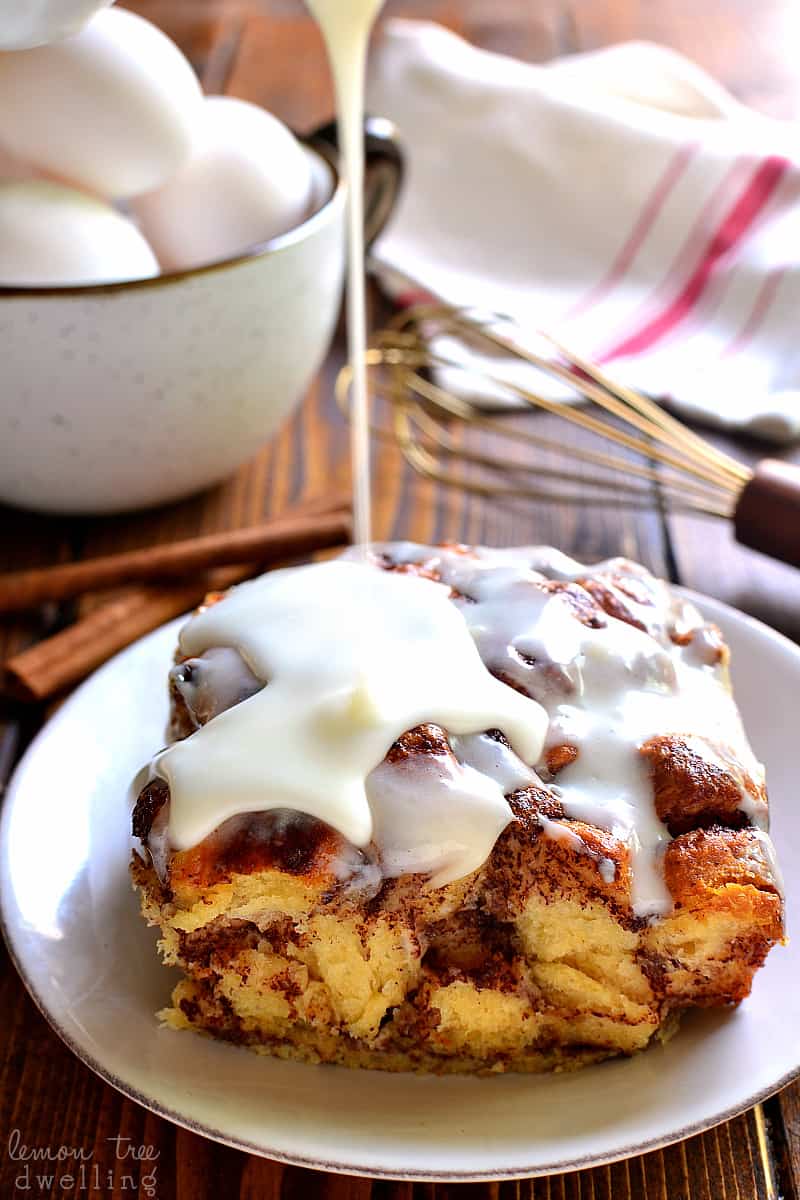 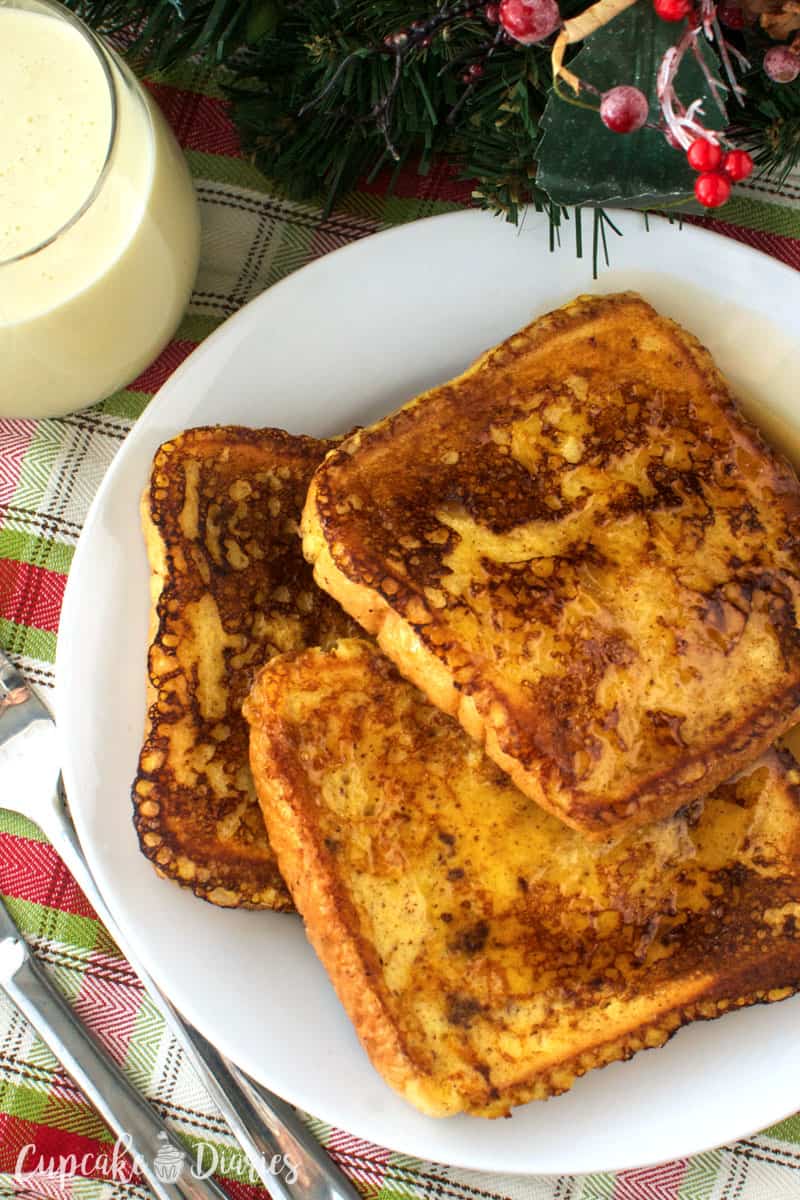 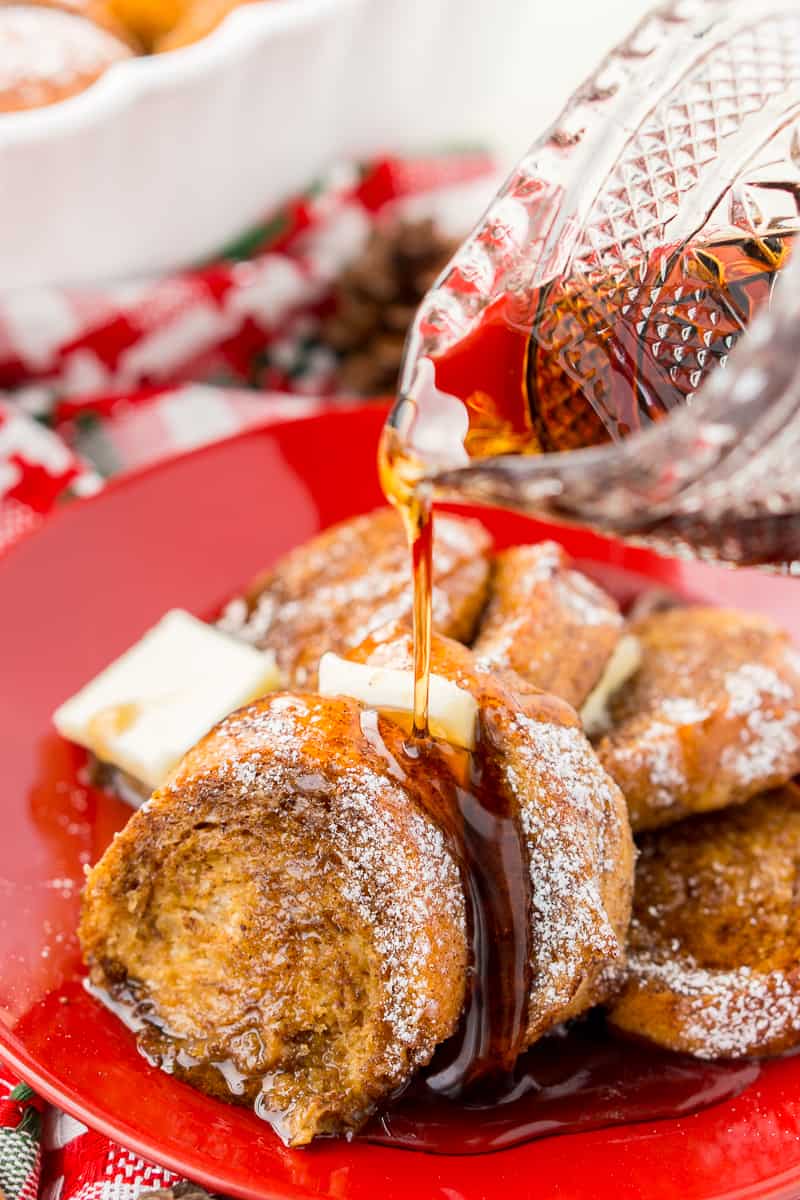 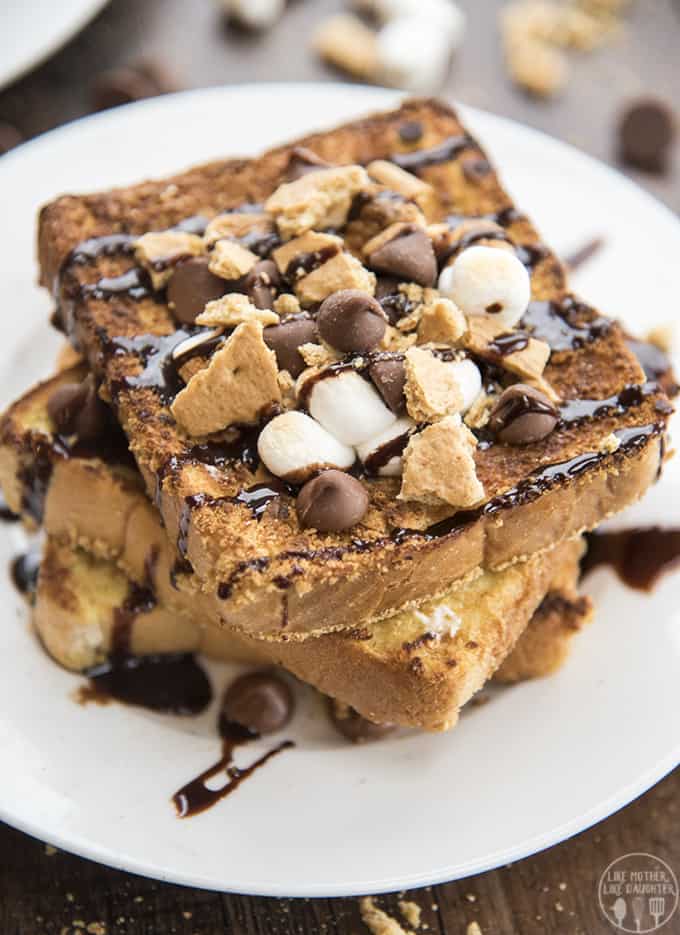