This Andes Mint Chocolate Brownie Cheesecake is the perfect decadent dessert to serve during the holidays. A no bake mint cheesecake mousse layered over a fudgy brownie crust topped with a drizzle of chocolate and Andes Mints. Plus a recipe video! 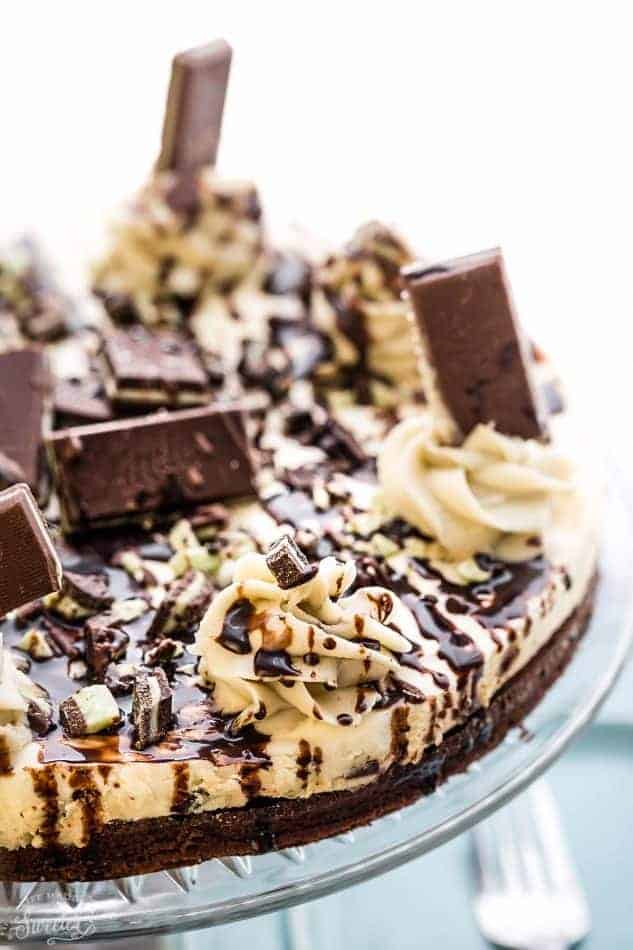 During the holidays, there’s nothing quite like the combination of chocolate and mint. It’s also one of my husband’s favorites which is why when I was trying to decide what to make from my friend Lindsay’s new cookbook, Simply Beautiful Homemade Cakes, this Mint Chocolate Brownie Cheesecake was calling out to me.

I had been meaning to share this recipe for a while now but with the hustle and bustle of the holidays, my main camera breaking down and client work, I didn’t have a chance to post it until now. 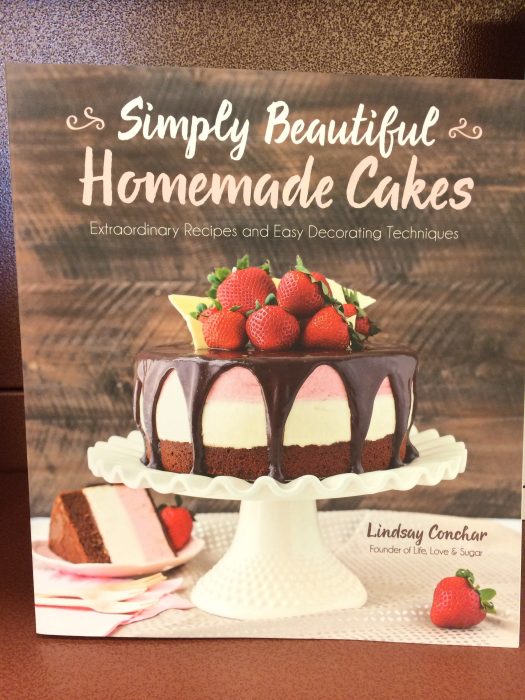 Lindsay is the super sweet and talented blogger behind Life, Love & Sugar. Her blog is full of jaw-dropping desserts like this Peppermint Chip Layered Cake and this Cinnamon Roll Layer Cake and her book is just as stunning.

I had a chance to test out a few recipes already like these Cherry Almond Cupcakes back in January and just recently these Sparkling White Chocolate Cranberry Cupcakes and you guys, they are to. die. for!

If you are interested in making cakes or know someone who is, this beautiful cookbook is a MUST. It’s filled with gorgeous pictures of the finished recipes plus a ton of step-by-step photos and tips to guide you along the way.

Now that the holidays are here, this would make the perfect gift for that baker or aspiring baking in your life.

You can find it on Amazon, Barnes and Noble and wherever books are sold. 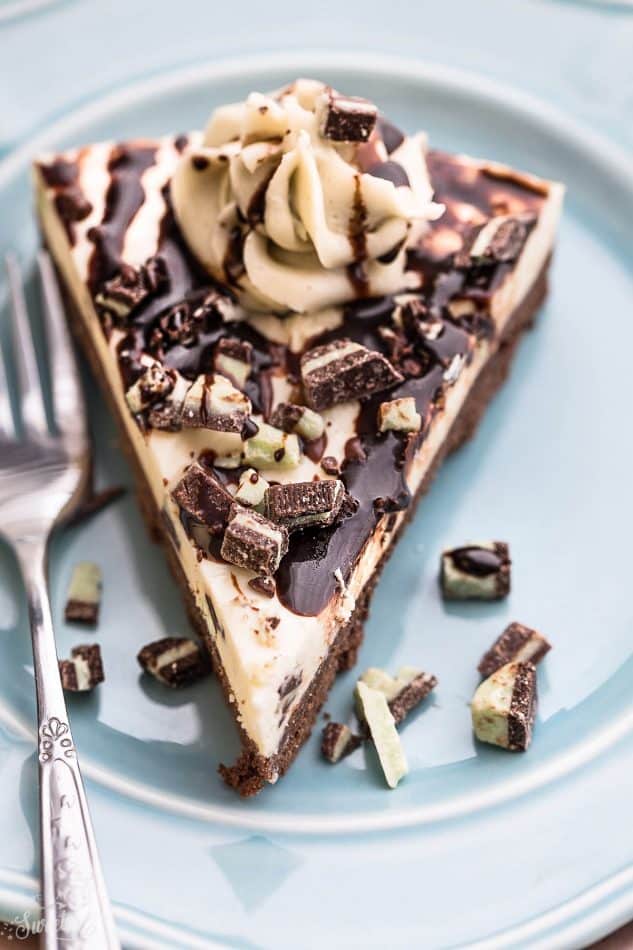 PLUS, I love that there is a whole section where Lindsay shares tons of step-by-step photos of basic techniques, such as frosting cakes and how to make the perfect cupcake swirls. 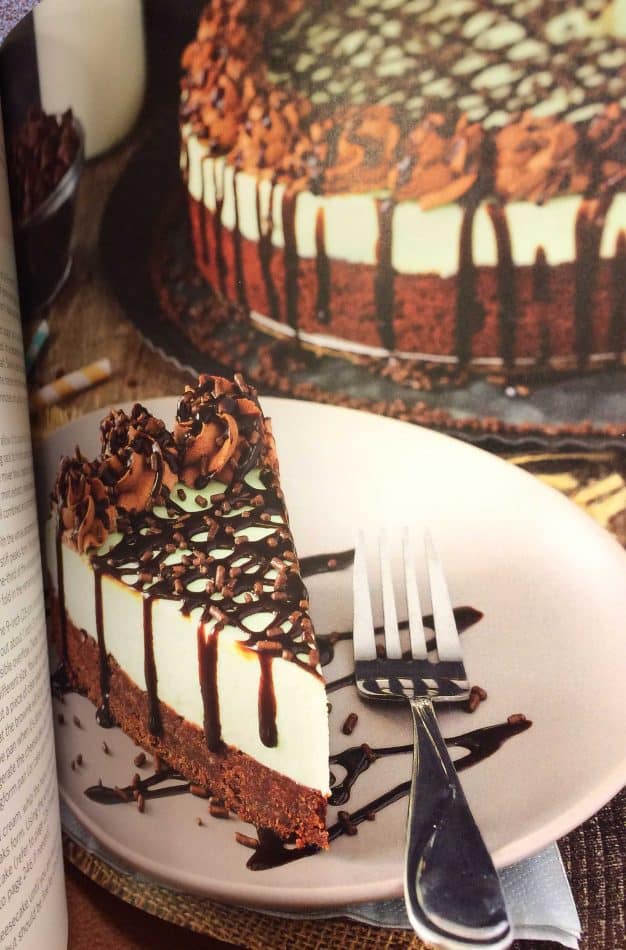 This recipe is based on her Mint Chocolate Brownie Cheesecake recipe from the book.

I changed mine up slightly by leaving out the green food coloring and adding some chopped Andes Mints for a holiday spin instead. For the piped border, I used Vanilla Swiss meringue buttercream frosting instead of the chocolate whipped cream since I had some leftover from another baking project. 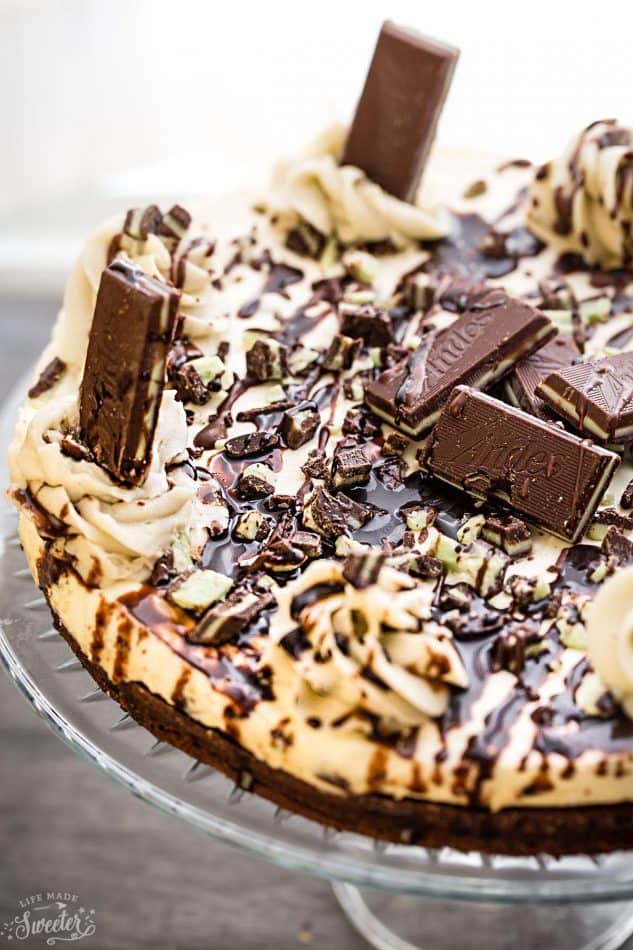 The cheesecake starts off with a chocolate brownie crust baked in a 9-inch springform pan. Next, you spread a layer of mint cheesecake filling with Andes mints on top of the cooled crust and place it in the fridge to firm up.

Once it’s ready, just pipe a pretty border along the edges, sprinkle more Andes Mints then drizzle with chocolate sauce. 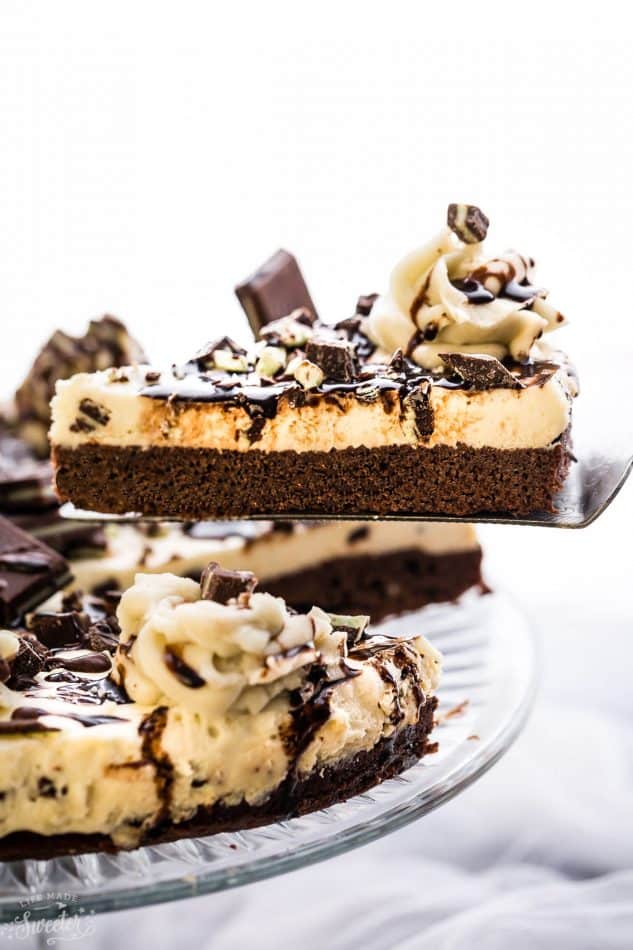 This Andes Mint Chocolate Brownie Cheesecake is rich, decadent and totally worthy of your holiday dessert table and perfect for any chocolate and mint fan! 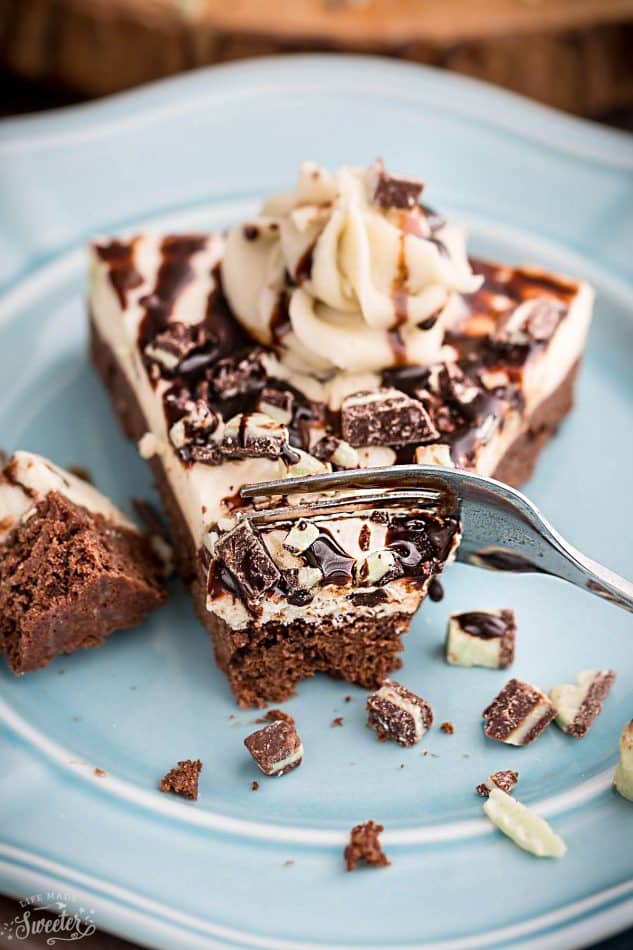 This Andes Mint Chocolate Brownie Cheesecake is the perfect dessert to serve during the holidays. The chewy brownie crust is topped with a cool and creamy cheesecake filling and drizzled with chocolate sauce. 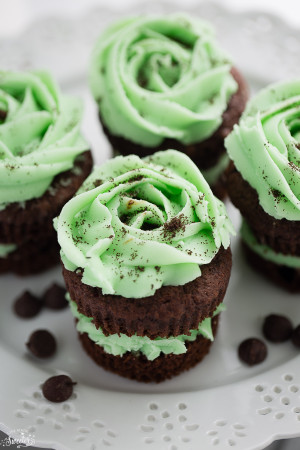 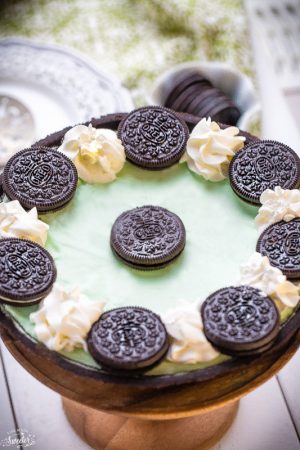