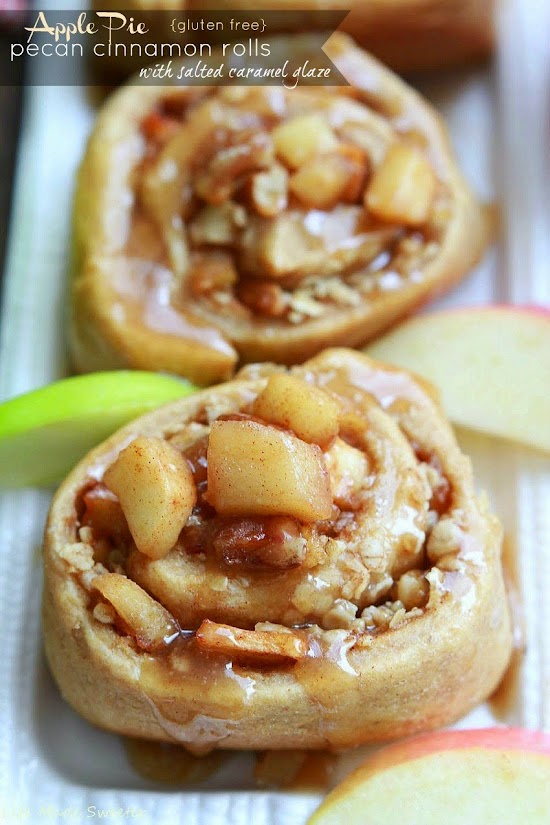 Every year whenever September rolls around, I get excited to step back into the kitchen to use the stove and oven more often again after enjoying a few months of summer grilling and no-bake treats.

As much as I will miss all the sweet summer berries, endless sunshine and carefree days that summer brings – I adore fall. It is my favorite season for baking with all the warm spices of cinnamon and nutmeg along with apples and pumpkin. 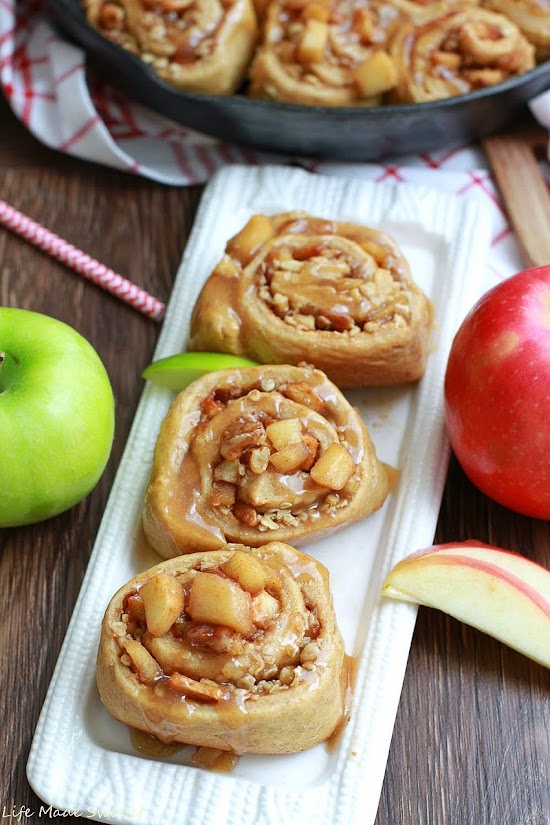 Cinnamon rolls hold a special place in my heart. I can’t think of anything better than the sweet intoxicating aroma that fills up the house while a pan of warm and sweetly spiced rolls are baking in the oven.

I don’t make them as often as I would like since they do require some planning but it’s always completely worth it in the end.

If you’re a fan of apple pie and cinnamon rolls then you are going to fall in love with these! They are seriously the best of both worlds. 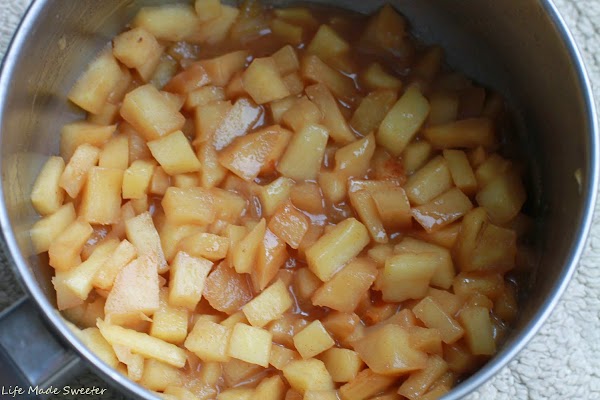 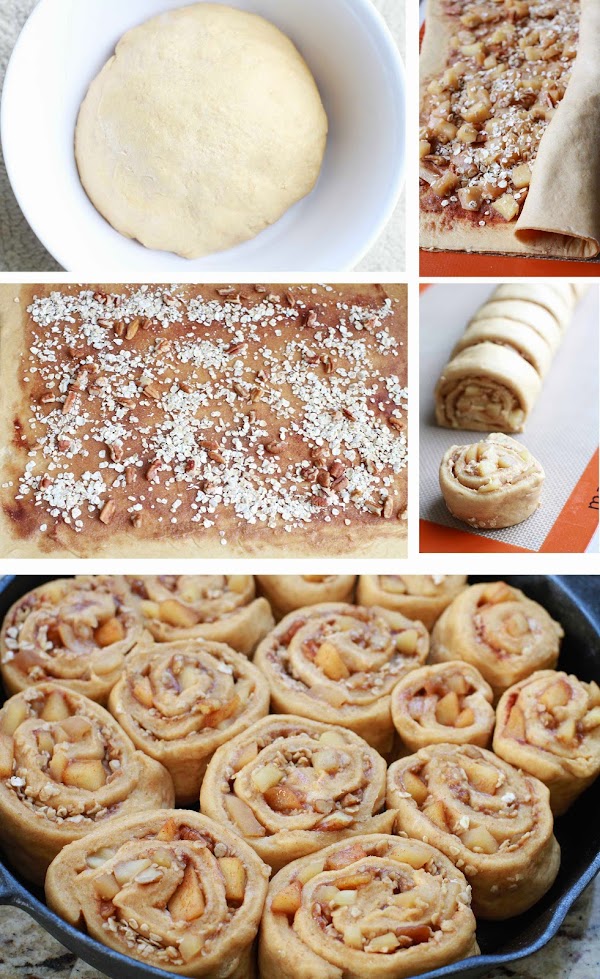 Lately, I’ve been trying to come up with a gluten-free dough recipe that still produces great tasting rolls.  Although they may not replace the Cinnabon ones, they were a hit when I brought them over to a friend’s party. The entire pan was gone by the end and nobody could tell that they were gluten free.

I am still on a quest to come up with a recipe that doesn’t require buying a special gluten free flour blend (it is a mixture of whole grain brown rice, white rice flour, tapioca, corn starch, and xanthan gum) because various brands may yield different results — but until then, this will be the recipe I will be using for now whenever  we need a gluten free cinnamon roll. 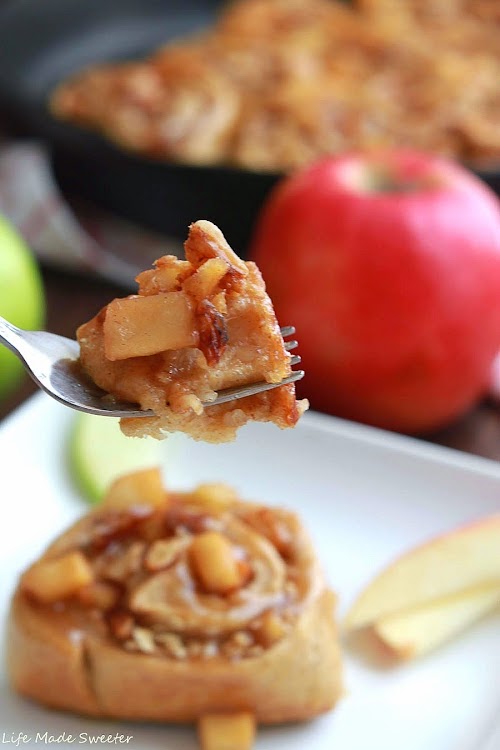 The dough is soft and sweetly spiced while the center is bursting with caramelized cinnamon spiced apples that just melt in your mouth!

A sprinkling of chopped pecans adds a nice crunch where you roll it all up, slice, set aside to rise again, and bake.

While they bake, you whip up the most amazing salted caramel glaze to slather on top once the rolls are warm from the oven.

Throw on another spoonful of that caramelized apple filling and you have extraordinary cinnamon rolls that are a perfect welcome for fall. 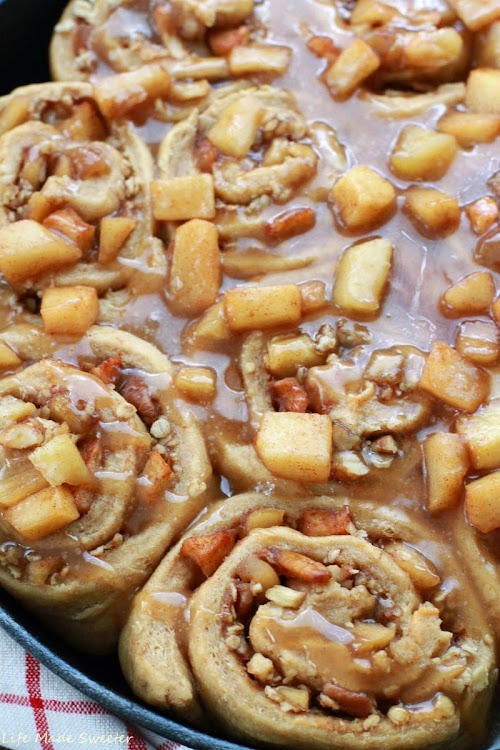 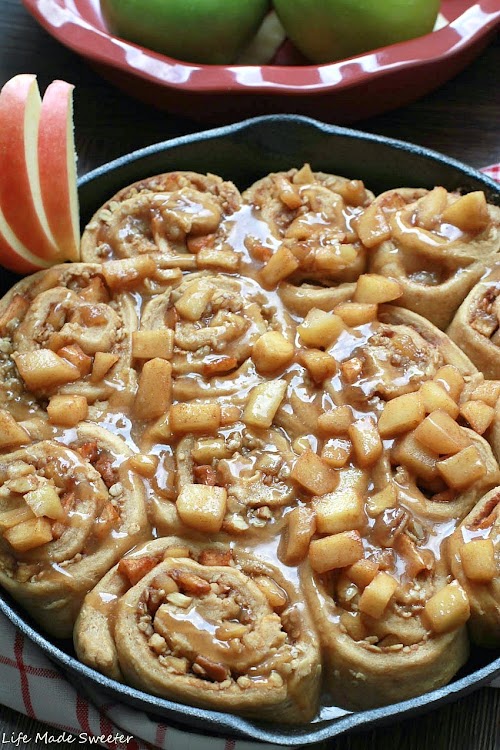 plastic wrap for rolling the dough

lemon juice from half a lemon

Make the dough:
For the filling
Rolling and assembling
For the salted caramel glaze:

Rolls are best enjoyed on the same day.

Dough can be made the day before before filling them after step 3.

**If gluten is not a concern, feel free to use all purpose flour instead or your favorite cinnamon roll recipe.